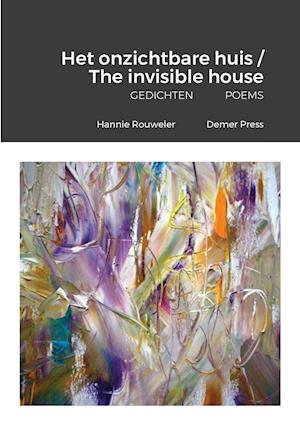 Tweetalige dichtbundel Nederlands en Engels. Bilingual Poetry book: Dutch and English. Hannie Rouweler (Netherlands, Goor, 13 June 1951), poet and translator, has been living in Leusden, The Netherlands, since the end of 2012. Her sources of inspiration are nature, love, loss, childhood memories and travel. In 1988 she debuted with Raindrops on the water. Since then about 40 poetry volumes have been published, including translations in foreign languages (Polish, Romanian, Spanish, French, Norwegian, English). Poems have been translated in about 35 languages. She followed several commercial and language trainings (Arnhem, Amsterdam, Hasselt BE) and attended five years evening classes in painting and art history, art academy (Belgium). Hannie writes about a variety of diverse topics. 'Poetry is on the street, for the taking', is an adage for her. She mixes observations from reality with imagination and gives a pointe to her feelings and findings. Unrestrained imagination plays a major part in her works. She is a member of the Advisory Board of the yearly Kritya festival, India. She published a few stories (e.g. short thrillers); is editor of various poetry collections.