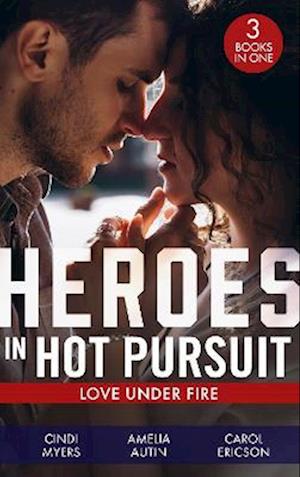 Truth hurts... so does love When Kayla Larimer's investigation into a US senator's missing daughter leads her to a cult, a murder and lieutenant Dylan Holton she's determined to ditch Dylan. But then a kidnapping attempt on Kayla coincides with the disappearance of the senator who hired her. Now these two opposites must fight a faceless enemy-and their growing attraction-to bring a killer to justice.*PI Chris Colton knows what it's like to be separated from family. So when a kindly older couple hires him to find their son's widow who ran off with her twin toddlers, Chris won't rest until Holly McCay is found. But he quickly discovers that his employers have sinister motives for wanting to find Holly. And they'll eliminate anyone standing in their way...*When an unstable patient opens fire on Ava Whitman's lab, only a bulletproof window and agent Max Duvall stand between her and certain death. Max vows to prevent the covert ops agency behind the shooting from killing the one witness left standing, Ava. Now on the run and running out of time, Max has to use every bit of willpower to save Ava... and not give in to desire.