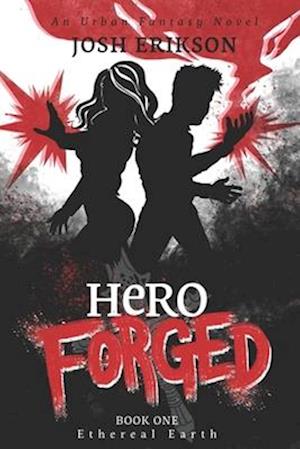 Gabe thought he had covered all the angles, but it's tough to plan a contingency for accidentally trapping an evil god in your brain.

Gabriel Delling might call himself a professional con artist, but when walking superstitions start trying to bite his face off, his charm is shockingly unhelpful. It turns out living nightmares almost never appreciate a good joke. Together with a succubus who insists on constantly saving his life, Gabe desperately tries to survive a new reality that suddenly features demons, legends, and a giant locust named Dale-all of whom pretty much hate his guts.

And when an ancient horror comes hunting for the spirit locked in his head, Gabe finds himself faced with the excruciating choice between death...or becoming some kind of freaking hero.

Hero Forged is the first book in the new series, Ethereal Earth, a modern fantasy adventure that challenges the natures of myth, humanity, and what it means to be the good guy.