Heritage, Pilgrimage and the Camino to Finisterre 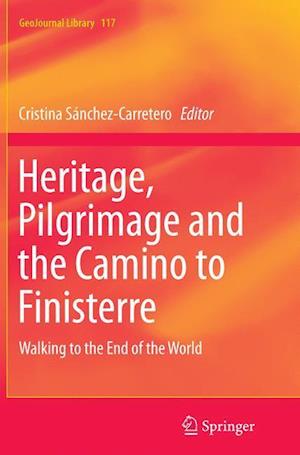 This book presents research concerning the effects of the Camino to Finisterre on the daily lives of the populations who live along the route, and the heritagization processes that exploitation of the Camino for tourism purposes involves. Rather than focusing on the route to Santiago de Compostela and the pilgrimage itself, it instead examines a peculiar part of the route, the Camino to Finisterre, employing multiple perspectives that consider the processes of heritagization, the effects of the pilgrimage on local communities, and the motivations of the pilgrims. The book is based on a three-year research project and is the result of a multidisciplinary collaboration between anthropologists, sociologists, historians and archaeologists. Instead of ending in Santiago, as the rest of the Caminos do, this route continues to the cape of Finisterre on the Galician Atlantic coast. This part of the Camino de Santiago is not officially recognized by the Catholic Church and does not count as part of reaching Compostela, the recognition granted by the Catholic Church to those pilgrims who have walked at least 100 km. For this reason, as well as its relationship with the sun cult, many pilgrims call this route "the Camino of the atheists." In fact, the Catholic Church is a strong force for the heritagization of the rest of the Caminos, and maintains a clear ignoratio strategy concerning the Finisterre route: Officially, the church neither opposes nor recognizes this route.