- The Genius of Tintin, a Biography 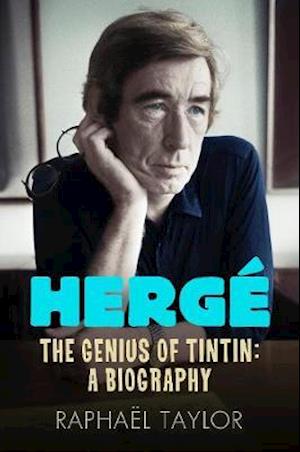 A comprehensive and enjoyable new biography of the man who created Tintin. Georges Remi, better known as Herge, is widely regarded as the greatest twentieth-century master of the European bande dessinee. His Tintin books have sold well over 200 million copies worldwide. Drawing from private archives, exclusive interviews and thousands of hours of research, RaphaA"l Taylor both tells the story of the man's life - which spanned the greater part of the twentieth century - and searches for the inspiration behind his work. Taylor explores Herge the man, covering his youth, his controversial life in Nazi-occupied Brussels during the Second World War, his depressive crises, the break-up of his first marriage and the manner in which his later life became a 'practice of philosophy'. And for each Tintin story Taylor provides succinct descriptions of the secrets of Herge's workshop, with a special focus on Tintin in TibetA" - Herge's most personal Tintin story. For fans, Taylor's painstakingly researched biography will bring many new insights; for those who know less about Herge, this is a beautifully written, sympathetic portrait of a fascinating writer and artist whose work has enchanted millions.