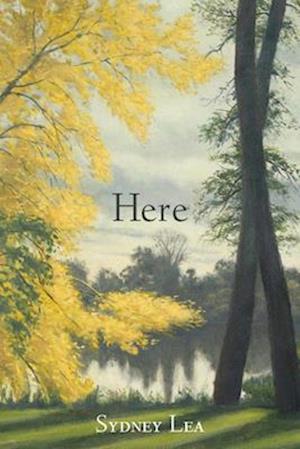 In his thirteenth book of poetry, Sydney Lea gives voice to the deep connection between human life and the natural world as well as their fragility and transience. Here, nature is as much a muse as a trigger for sense memory--as a schoolboy on a playground "breathing in autumn mud, / that cherished aroma" or as witness to a redtail hawk's attack and the aftermath during which "That poor doomed duckling's wisps of down / Floated in air like snowflakes, /Diaphanous." Death is a constant presence in these poems, too, arising from the bittersweet awareness of what eventually will be lost. While there is reckoning, there are few regrets in a life well-lived and closely observed. Here is a title, but it's also a statement, an incantation and affirmation: "Let's chant it throughout the year," Lea writes, "like so much birdsong: we're here we're here we're here."