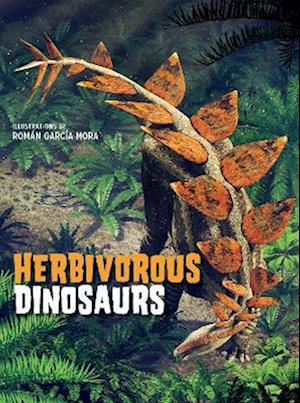 Roman Garcia Mora has worked for several scientific journals such as "PM Bilde Quo" and collaborates with various publishers and illustrated scientific publications, along with researchers from several Spanish institutions.Giuseppe Brilante is a journalist, currently responsible for the Italian editions of the "BBC Science" and "BBC History" magazines. He has written scientific and naturalistic articles and reports for several newspapers. He has often worked in the field of palaeontology and also collaborated on the book "Italian Dinosaurs."Anna Cessa has always been passionate about palaeontology. She specializes in scientific and naturalistic publishing, collaborates with "BBC History" and has many years of experience in teaching.

Forfattere
Bibliotekernes beskrivelse Gigantic, scary and fascinating at the same time, dinosaurs dominated the Earth for millions of years. Learn about these amazing creatures as you experience what the dinosaur age was like, discovering the behaviours and the characteristics of these large animals of the past thanks to a simple and accessible language. Fully illustrated