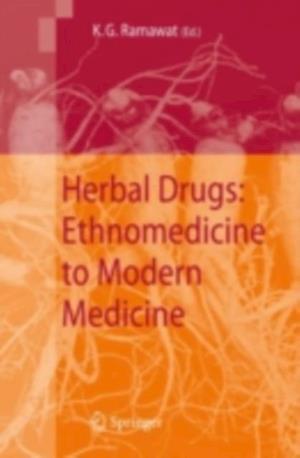 Considerable progress has been made in our healthcare system, in particular with respect to sensitive diagnostic tools, reagents and very effective and precise drugs. On the other hand, high-throughput screening technology can screen vast numbers of compounds against an array of targets in a very short time, and leads thus - tained can be further explored. In developing countries, the exploding population exerts pressure not only on natural resources but also on the human population - self, whose members strive to become successful and advance in society. This leads to increased blood pressure, anxiety, obesity-associated lipid disorders, cardiov- cular diseases and diabetes. Most of these diseases result in disturbed family life, including sexual behaviour. Despite technological developments, herbal drugs still occupy a preferential place in a majority of the population in the Third World and terminal patients in the West. Herbal drugs, in addition to being cost effective and easily accessible, have been used since time immemorial and have passed the test of time without having any side effects. The multitarget effects of herbs (holistic approaches) are the fun- mental basis of their utilization. This approach is already used in traditional systems of medicine like Ayurveda, which has become more popular in the West in recent years. However, the integration of modern science with traditional uses of herbal drugs is of the utmost importance if ones wishes to use ancient knowledge for the betterment of humanity.