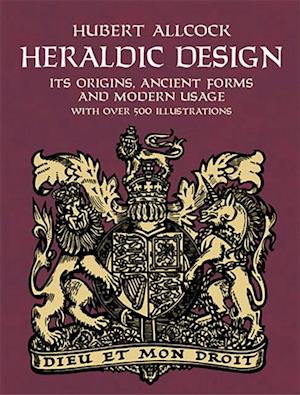 Through the ages, as warfare and competitive rituals became more elaborate, heraldry evolved into an exact art and science. Used to denote accomplishments as well as the genealogies of outstanding individuals and families, these symbols survived the way of life that created them.This remarkably rich sourcebook of royalty-free designs describes the origins and ancient forms of heraldic devices, shields, and trademarks. Over 500 black-and-white drawings trace the history and meaning of the coat, shield, crests, helmets, blazonry, and 'attitudes and attributes' of symbols, with considerable attention given to devices such as beasts, monsters, and human and part-human figures. American, British, French, Russian, and other coats of arms are displayed, as are insignias of the Pope and clergy, state seals, and emblems of many modern institutions. In addition to personal, commercial, and family arms, chapters also provide information on the use of heraldry in advertising, brand-labeling, and related fields.A valuable visual reference for anyone interested in genealogy, these handsome images will add a touch of class to a variety of art and craft projects.