Her Majesty the Queen, as Seen by MAC 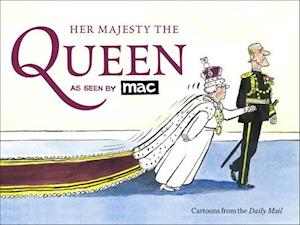 Since the early 1970s, Stan McMurtry - better known as MAC - has been the editorial cartoonist of the Daily Mail. Now, forty-five years after his first cartoon for the newspaper, and in the year of Her Majesty the Queen's 90th birthday, MAC has compiled this wonderful selection of more than 120 of his very best Daily Mail cartoons featuring Her Majesty, from the 1970s until the present day. MAC's unerring ability to hit the target and capture the essence of human foibles has made him Britain's leading editorial cartoonist.

Forfattere
Bibliotekernes beskrivelse More than 120 of MAC's very best Daily Mail cartoons featuring Her Majesty, from the 1970s until the present day, in celebration of the Queen's 90th birthday. Fully illustrated, b&w.