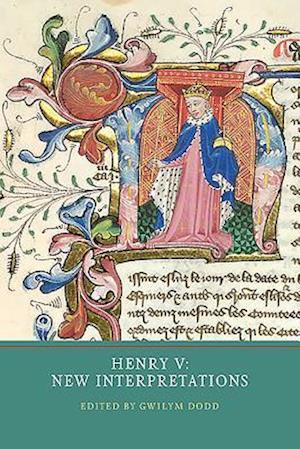 Henry V (1413-22) is widely acclaimed as the most successful late medieval English king. In his short reign of nine and a half years, he re-imposed the rule of law, made the crown solvent, decisively crushed heresy, achieved a momentous victory at the battle of Agincourt (1415), and negotiated a remarkably favourable settlement for the English over the French in the Treaty of Troyes (1420). Above all, he restored the reputation of the English monarchy and united the English people behind the crown following decades of upheaval and political turmoil. But who was the man behind these achievements? What explains his success? How did he acquire such a glorious reputation? The ground-breaking essays contained in this volume provide the first concerted investigation of these questions in over two decades. Contributions range broadly across the period of Henry's life, including his early years as Prince of Wales. They consider how Henry raised the money to fund his military campaigns and how his subjects responded to these financial exactions; how he secured royal authority in the localities and cultivated support within the political community; and how he consolidated his rule in France and earned for himself a reputation as the archetypal late medieval warrior king. Overall, the contributions provide new insights and a much better understanding of how Henry achieved this epithet. Gwilym Dodd is an Associate Professor in the Department of History, University of Nottingham. Contributors: Christopher Allmand, Mark Arvanigian, Michael Bennett, Anne Curry, Gwilym Dodd, Maureen Jurkowski, Alison K. McHardy, Neil Murphy, W. Mark Ormrod, Jenny Stratford, Craig Taylor.

Forfattere
Bibliotekernes beskrivelse Fresh examinations of the activities of Henry V, looking at how his reputation was achieved.