indgår i serie WESLEYAN EDITION OF THE WORKS OF HENRY FIELDING 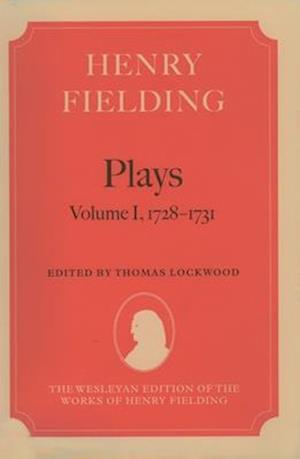 This is the first of three volumes representing the only modern edition of Fielding's dramatic works. Most of these plays have not appeared in print for a century, and never previously in edited form. Fielding came to the novel-writing for which he is best known after an important first career in professional theatre. He wrote twenty-eight plays, including comedies, satiric extravaganzas, and ballad operas. He was the leading playwright of his generation, anexperimentalist and entrepreneur in a cheerfully mocking form of drama journalistically devoted to contemporary experience, culture, and politics. This volume presents the first seven of these plays in a critical unmodernized edition based on the original texts, with explanatory notes and commentary onsources, stage history, and critical reception, as well as appendices accounting for textual variation, bibliography, and musical sources.

Forfattere
Bibliotekernes beskrivelse This is the first of three volumes of plays by Henry Fielding, whose vibrant early career in theatre has been overshadowed by his later fame as the author of novels like Tom Jones. This edition makes his plays, and his rich gift for theatrical comedy, accessible for the first time in modern form. halftone frontispiece; numerous music examples