- The Man of the Red Cross 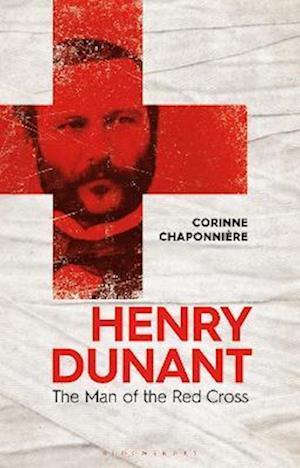 A pioneer of humanitarianism and founder of the International Red Cross, Henry Dunant was many things over his lifetime. A devout Christian and social activist, an ambitious but failed businessman, a humanitarian genius, and a bankrupt recluse. In this biography, Corinne Chaponni re reveals the tumultuous trajectory of Henry's life. From his idyllic childhood in Geneva, she follows Henry through the horrors of the Battle of Solferino, his creation of the Red Cross and role in the Geneva Conventions, the disgrace of his bankruptcy and his resurrection as a Nobel Peace Prize winner. It shows how this champion of wounded soldiers and prisoners of war was not an unblemished picture of piety and goodness, but that his empathy and good works played out in tandem with his social ambition and personal drive. It shows how even the best of us fall on hard times, and that the Red Cross was born out of humanitarian ideals coupled with a desire for personal success. This book reveals the story of Henry Dunant, blemishes and all, against the backdrop of the horrors of war, the weight of religion and the birth of humanitarianism in the 19th century.