Help for the Haunted 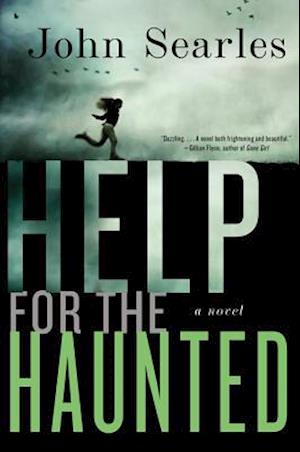 John Searles's Help for the Haunted is an unforgettable story of a most unusual family, their deep secrets, their harrowing tragedy, and ultimately, a daughter's discovery of a dark and unexpected mystery.

Sylvie Mason's parents have an unusual occupation--helping "haunted souls" find peace. After receiving a strange phone call one winter's night, they leave the house and are later murdered in an old church in a horrifying act of violence.

A year later, Sylvie is living in the care of her older sister, who may be to blame for what happened to their parents. Now, the inquisitive teenager pursues the mystery, moving closer to the knowledge of what occurred that night--and to the truth about her family's past and the secrets that have haunted them for years.

Capturing the vivid eeriness of Stephen King's works with the compelling quirkiness of John Irving's beloved novels, Help for the Haunted is that rare story that brings to life a richly imagined and wholly original world.

It begins with a call one snowy February night. Lying in her bed, young Sylvie Mason overhears her parents on the phone across the hall. This is not the first late-night call they have received, since her mother and father have an uncommon occupation: helping "haunted souls" find peace. And yet something in Sylvie senses that this call is different from the others, especially when they are lured to the old church on the outskirts of town. Once there, her parents disappear, one after the other, behind the church's red door, leaving Sylvie alone in the car. Not long after, she drifts off to sleep, only to wake to the sound of gunfire.

As the story weaves back and forth through the years leading up to that night and the months following, the ever-inquisitive Sylvie searches for answers and uncovers secrets that have haunted her family for years.

Capturing the vivid eeriness of Stephen King's works and the quirky tenderness of John Irving's novels, Help for the Haunted is told in the captivating voice of a young heroine who is determined to discover the truth about what happened on that winter night.