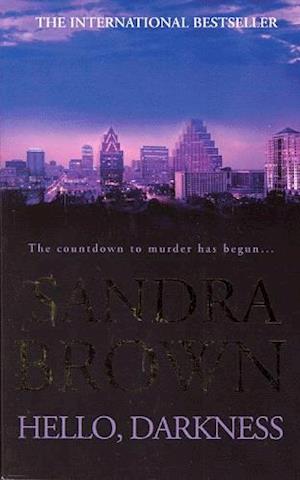 The countdown to murder has begun . . .When a caller to a late night radio talk show announces his intention to murder a woman he's kidnapped within seventy-two hours, mayhem ensues. Paris Gibson, the mysterious host of the show in question, finds herself in the spotlight for the first time in years.Who has been abducted? And what is the identity of the caller, known only as 'Valentino'? The clock is ticking and in the midst of the frenzy to track down the missing woman, Paris finds herself working alongside someone she's tried hard to forget: Dean Malloy, the police psychologist who's heading up the investigation.With every hour that passes, the hunt grows increasingly desperate but how significant are the secrets that Dean and Paris conceal in their mutual past? They need to identify Valentino before he can execute his murderous plans . . . and before he can exact vengeance on Paris for trying to stop him.***********Praise for Sandra Brown'Virtuoso plot twists . . . Brown's thriller engages the primal senses' Kirkus Reviews'An edge-of-the-seat thriller that's full of twists . . . Top stuff!'Star'Brown's novels define the term "page turner"'Booklist