Hellenistic Studies at a Crossroads 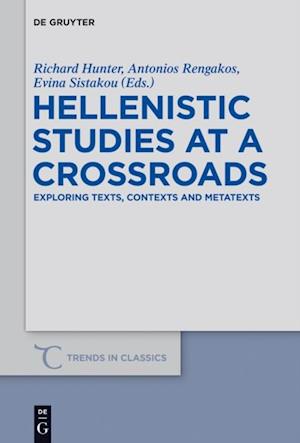 This volume is a collection of fifteen papers written by a team of international experts in the field of Hellenistic literature. In an attempt to reassess methods such as the detection of intertextual allusions or the general notion of neoteric poetics, the authors combine current critical trends (narratology, genre-theory, aesthetics, cultural studies) with a close reading of Hellenistic texts. Contributions address a wealth of topics in a variety of texts which include not only poems by the major Alexandrians but also prose works, epigrams, epigraphic material and scholia. Perspectives range from linguistic analysis to interdisciplinary studies, whereas post-classical literature is also seen against the background of the cultural and ideological contexts of the era. Besides reviewing preconceptions of Hellenistic scholarship, this volume aims at providing fresh insights into Hellenistic literature and aesthetics.