Heirs To The Kingdom Book 5: Crystals Of The Mirrored Waters

indgår i serie Heirs to the Kingdom 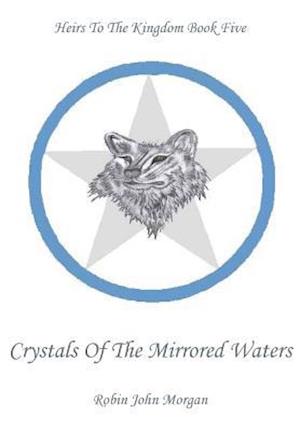 It is the start of the Age of Dreams, and the true heir to the throne has been found. The secrets of the past are revealed, as the truth guides everyone towards their destiny. Lord Loxley has to recover the sceptre of kings so he can legitimately crown the king and prevent Mason Knox from stealing the throne, but Mason has other plans, as he strikes hard against York on his way to Loxley. Morgan has discovered the whereabouts of a deadly weapon hidden long ago, and is plotting to steal it in her bid to destroy Runestone and her circle. The time is running out and now Loxley has to act, and a realm sealed long ago must be reopened again to allow the Lord of Loxley to seek out the hidden crystals that will seat a king and stop the dark forces, but there are hidden dangers and vile creations that will test the resolve of everyone within the Specialist's as they meet their deadliest opponent yet. Look to the past, for there lies the answers to the future, sharpen your sword, load your arrows, and hold your breath, as this fifth book takes you into the fast twists and turns of yet another tense, thrilling and unexpected piece of the HTTK puzzle.