Heidegger, Authenticity and the Self 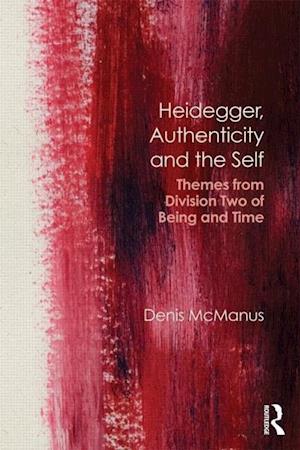 Though Heidegger's Being and Time is often cited as one of the most important philosophical works of the last hundred years, its Division Two has received relatively little attention. This outstanding collection corrects that, examining some of the central themes of Division Two and their wide-ranging and challenging implications.An international team of leading philosophers explore the crucial notions that articulate Heidegger's concept of authenticity, including death, anxiety, conscience, guilt, resolution and temporality. In doing so, they clarify the bearing of Division Two's reflections on our understanding of intentionality, normativity, responsibility, autonomy and selfhood. These discussions raise important questions about how we may need to rethink the morals of Division One of Being and Time, the broader project to which that book was devoted, the shaping influence of figures such as Aristotle and Kierkegaard, as well as Heidegger's relationship with his contemporaries and successors.Essential reading for students and scholars of Heidegger's thought, and anyone interested in key debates in phenomenology, ethics, metaphilosophy and philosophy of mind.Contributors: William Blattner, Clare Carlisle, Taylor Carman, Steven Galt Crowell, Daniel O. Dahlstrom, Sophia Dandelet, Hubert Dreyfus, Charles Guignon, Jeffrey Haynes, Stephan Kaufer, Denis McManus, Stephen Mulhall, George Pattison, Peter Poellner, Katherine Withy, Mark A. Wrathall.