Hebrew Psalms and the Utrecht Psalter 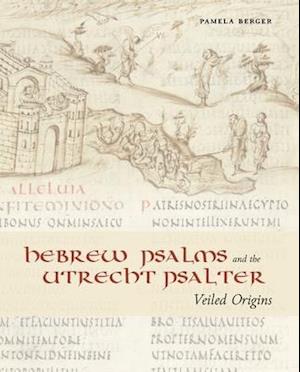 In a major departure from previous scholarship, this volume argues that the illustrations in the famous and widely influential Utrecht Psalter manuscript were inspired by a late antique Hebrew version of Psalms, rather than a Latin, Christian version of the text.Produced during the early ninth century in a workshop near Reims, France, the Utrecht Psalter is illustrated with pen-and-ink drawings in a lively style reminiscent of Hellenistic art. The motifs are largely literal renditions of words and phrases found in the book of Psalms. However, more than three dozen motifs cannot be explained by either the Latin text that accompanies the imagery or the commentaries of the church fathers. Through a close reading of the Hebrew Psalms, Pamela Berger demonstrates that these motifs can be explained only by the Hebrew text, the Jewish commentary, or Jewish art. Drawing comparisons between the "Hellenistic" style of the Psalter images and the style of late antique Galilean mosaics and using evidence from recent archaeological discoveries, Berger argues that the model for those Psalter illustrations dependent on the Hebrew text was produced in the Galilee.Pioneering and highly persuasive, this book resolves outstanding issues surrounding the origins of one of the most extensively studied illuminated manuscripts. It will be mandatory reading for many historians of medieval art and literature and for those interested in the Hebrew text of the book of Psalms.

Forfattere
Bibliotekernes beskrivelse Advances the hypothesis that the ninth-century illustrations in the Utrecht Psalter reflect a late antique illustrated Hebrew version of the psalms, a departure from the commonly accepted view of the origin of the Utrecht images. 38 Halftones, color; 52 Halftones, black and white