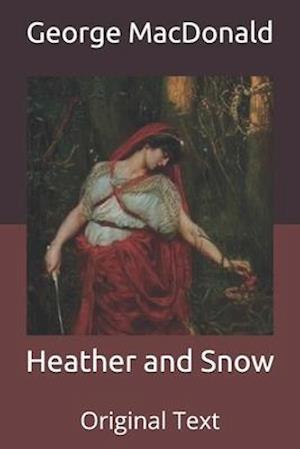 Upon neighbouring stones, earth-fast, like two islands of an archipelago, in an ocean of heather, sat a boy and a girl, the girl knitting, or, as she would have called it, weaving a stocking, and the boy, his eyes fixed on her face, talking with an animation that amounted almost to excitement. He had great fluency, and could have talked just as fast in good English as in the dialect in which he was now pouring out his ambitions-the broad Saxon of Aberdeen. He was giving the girl to understand that he meant to be a soldier like his father, and quite as good a one as he. But so little did he know of himself or the world, that, with small genuine impulse to action, and moved chiefly by the anticipated results of it, he saw success already his, and a grateful country at his feet. His inspiration was so purely ambition, that, even if, his mood unchanged, he were to achieve much for his country, she could hardly owe him gratitude.