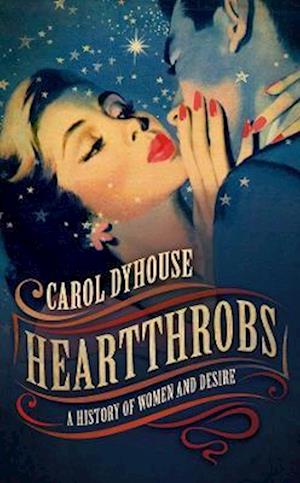 The Russian Revolution had a decisive impact on the history of the twentieth century. In the years following the collapse of the Soviet regime and the opening of its archives, it has become possible to step back and see the full picture. Starting with an overview of the roots of the revolution, Fitzpatrick takes the story from 1917, through Stalin's 'revolution from above', to the great purges of the 1930s. She tells a gripping story of a Marxist revolution that was intended to transform the world, visited enormous suffering on the Russian people, and, like the French Revolution before it, ended up by devouring its own children. This updated edition contains a fully revised bibliography and updated introduction to address the centenary, what does it all mean in retrospect.From dreams of Prince Charming or dashing military heroes, to the lure of dark strangers and vampire lovers; from rock stars and rebels to soulmates, dependable family types, or simply good companions, female fantasies about men tell us a great deal about the history of women. In Heartthrobs, Carol Dyhouse draws upon literature, cinema, and popular romance to show how the changing cultural and economic position of women has shaped their dreams about men.When girls were supposed to be shrinking violets, passionate females risked being seen as 'unbridled', or dangerously out of control. Change came slowly, and young women remained trapped in a double-bind: you may have needed a husband in order to survive, but you had to avoid looking like a gold-digger. Show attraction too openly and you might be judged 'fast' and undesirable. Education and wage-earning brought independence and a widening of horizons for women.These new economic beings showed a sustained appetite for novel-reading, cinema-going, and the dancehall. They sighed over Rudolph Valentino's screen performances as tango-dancer or Arab tribesman and desert lover. Women may have been ridiculed for these obsessions, but, as consumers, they had new clout. This book reveals changing patterns of desire, and looks at men through the eyes of women.

Forfattere
Bibliotekernes beskrivelse This updated new edition of Sheila Fitzpatrick's classic short history of the Russian Revolution takes into account the centenary of the Revolution in 2017 and what it means today.The story of female desire and fantasy, told through the cultural history of the heartthrob, from Byron to boy-bands. Feminists have commonly represented women as objects of the 'male gaze': this book looks at men through the eyes of women. 26 Black & white illustrations