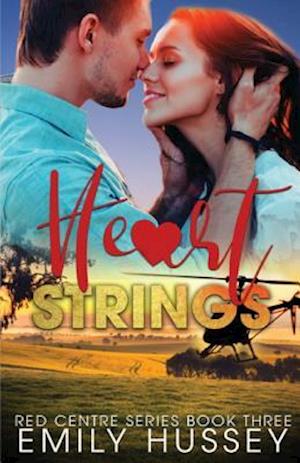 Commitment is a four-letter word… but who wants to live with regret?

When chopper pilot Chris Harris disrupts her wildlife stakeout, photographer Melissa Gilbert is furious. Known to be abrupt to the point of rudeness, it’s no surprise when their confrontation is less than friendly. What was surprising was the invitation that followed.

Chris is sociable and charismatic, with a wide circle of friends. He’s worked as a pilot in Central Australia for several years, and enjoys the work, but it’s time for a change. Melissa is aloof and reserved, and comes from a lifetime of privilege. Family conflicts push her in a similar direction.

It’s a case of yin and yang attract, luring them both out of their comfort zone. Does that mean Chris will tolerate irrational behaviour? Some people know when to cut their losses and move on.

In a journey taking her from a remote Australian station, to the high fashion world of Sydney and beyond, Melissa comes to realise there are choices to make in who she lets into her life, and who she loves.