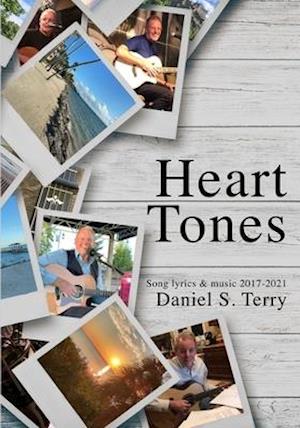 Dan started writing guitar music when he was a tween in Kewanee, Ill. after his sister gave him a discarded guitar. He bought a tuning fork, a Beatles' chord book and taught himself how to play. He first wrote songs with a friend. At 13, after his mother died, he wrote his first solo song.

Since 2015, Dan has been writing songs daily - at home, on the road, in airports, hotels, parks, and cities around the world. He travels with a Taylor GS Mini Koa wood guitar. Heart Tones includes the lyrics and chords to more than 60 songs written between 2017 and early 2021. Look for his 2021 studio album "Songs from Sandy's Restaurant," recorded with Nashville musicians. See music videos and more at DanielSTerrySongs.com.

"I've been given too much, or so it seems

I am grateful, and there's no in betweens

I'm just happy to sing a song or two

- From "Grateful for Love" by Daniel S. Terry