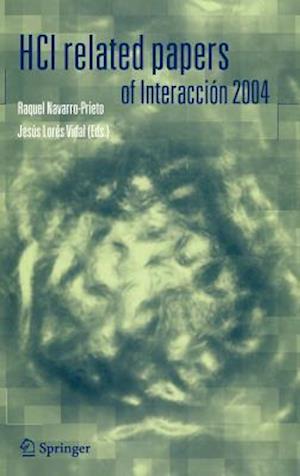 The present book contains a collection of the best papers presented at the 5th International Conference on Interaccion Persona Ordenador (IPO) (which is Human Computer Interaction in Spanish), which took place in th th Lleida on May 5 -7 , 2004. This conference was co-organised by the Universitat of Lleida and the Universitat Oberta de Catalunya. Each year this conference is promoted by the Asociacion para la Interaccion Persona Ordenador (AIPO), the Spanish Human Computer Interaction Association, in collaboration with the local group of ACM- SIGCHI (CHISPA). In its fifth edition this conference has become a multidisciplinary forum for the discussion and dissemination of novelty research in Human Computer Interaction. The main goals of Interaccion 2004 were: To expand the conference scope with internationally recognised invited speakers. The plenary talks were presented by Alan Dix, Yvonne Rogers, Geritt van der Veer, and Angel Puerta. To open the participation to Spanish speaker worldwide in order to be a point of reference of this discipline not only in Spain but also in the wider Spanish speaking community. This goal was reached through a very diverse program which included panels and posters sessions, where many different aspect of the Human Computer Interaction (HCI) were presented. All through the program, research from outside Spain was reflected through the contributions from people of other countries.