Hazards and Errors in Anaesthesia 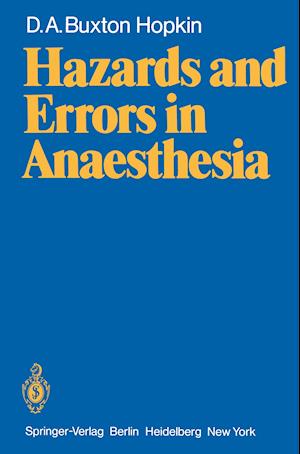 This book has a twofold purpose, first to provide information for beginners about the pitalls and hazards of anaesthesia and second to help the occasional anaesthetist in remote areas when confronted with requests to anaesthetise for unfamiliar surgical operations. The book is not intended to replace any standard text for anaesthetic examinations, and indeed, its lack of information about basic sciences makes it unsuitable for such a purpose. The contents can be regarded as a distillate of 45 years of practical anaesthesia, in both primitive and sophisticated conditions, from the ether and chloroform rag and bottle days onwards through cyclopropane, trichloroethylene, relaxants and lytic cocktails to halothane. The only operation mentioned of which I have no practical experience is thymectomy and removal of an argentaffinoma. I have never knowingly encountered malignant hyperpyrexia, but had one experience of what we called ether convulsions with hyperpyrexia, which could have been, and probably was, the same thing. An attempt has been made to arrange the book in four logical sections. It begins with the hazards of preparation-assessment of risks to patients particularly, but Part I also includes chapters on medicolegal and occupational hazards to anaesthetists.