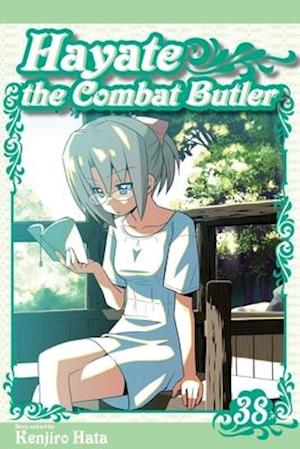 A hilarious tale of butlers, love and battles Since the tender age of nine, Hayate Ayasaki has busted his behind at various part-time jobs to support his degenerate gambler parents. And how do they repay their son's selfless generosity? By selling his organs to the yakuza to cover their debts But fate throws Hayate a bone...sort of. Now the butler of a wealthy young lady, Hayate can finally pay back his debts, and it'll only take him 40 years to do it. As the battle for Hayate's heart (or whatever parts a girl can get) reaches a crescendo, the entire harem of this harem manga kicks into action. Nagi races across Japan with a speed-limit-defying mad doctor, Ruka is tempted to return to pop stardom, the Movie Study Club shows up for no particular reason, and Hayate is once again forced to dress in drag. Meanwhile, Chiharu and Hinagiku enjoy a very nice afternoon of sightseeing in Kyoto, because some girls deserve a break from wacky antics once in a while.