Hawthornden Manuscripts of William Fowler and the Jacobean Court 1603-1612 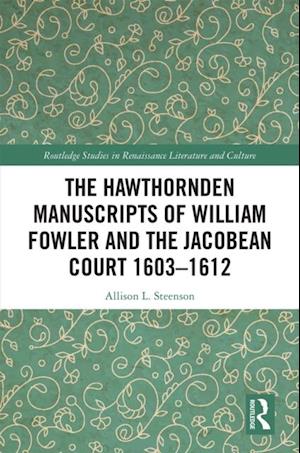 This book explores the unedited material contained in the Hawthornden manuscripts of William Fowler, a Scottish poet attached to the court of Queen Anna of Denmark between 1590 and 1612. The material is representative of Fowler's ephemeral and occasional production, largely unknown to modern scholars. Through the lenses of the Hawthornden fragments, this book engages in the exploration of one of the 'cultural places of the European Renaissance', represented by the extensive use of emblems and other literary devices, and by the use of manuscript copies to circulate them. The discourse mainly focuses on the Jacobean courtly establishment in the first decade of the seventeenth century, from the point of view of a Scottish insider. By focusing on the intellectual makeup of the court in the newly united Great Britain, this work aims at bridging manuscript scholarship and literary studies with a wider perspective on contemporary society, politics and culture.