Has your Life Become Extremely Complicated? 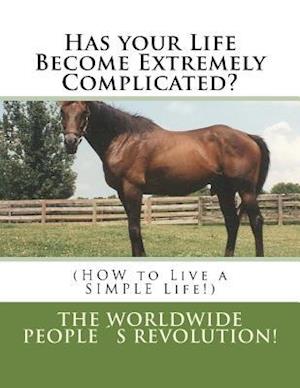 Most People do not even Realize just HOW Extremely Complicated their Lives are, until they Stop to Analyze their Situation in the Light of Provable Truths; and then they are often Frightened by their own Vulnerable Circumstances, being Victims of Capitalism, being tens of thousands of Dollars in Debt, if not hundreds of thousands, being Potentially Bankrupted by a Failing Economy, which could CRASH just at any given Time, leaving them at the Mercy of Government Handouts, Welfare Checks, Food Stamps, Food Banks, and Charity Organizations. Indeed, hundreds of millions of People have gone down that Trail, you might say, being Blindfolded, having no Idea what their Future might hold for them: because it is all a big Capitalist Gambling Game, whereby most of the People can Lose the Game: beCause it is RIGGED by Lying Red Jews, who have it Rigged in their Favor, even as the Ancient Scribes and Pharisees had the System Rigged against that Honest White by the Name of Jesus Christ, who got Crucified by them in their Round-about Way: because they Manipulated the Democratic MOB, who Screamed Out, "CRUCIFY HIM CRUCIFY HIM " Yes, his Teachings were a Great Threat to their Evil Empire, even as our Elected King's Teachings are a Great Threat to the Present Evil Empire, which is a Capitalist Empire, which takes Good Care of Rich People, while the Masses of People Try to Live in their Hateful States of Extreme Poverty, who do not even have Fresh Clean Air to Breathe, Pure Living Water to Drink, Wholesome Natural Foods to Eat, Natural Clothing to Wear, nor Secure Houses to Live in, who are in Constant Dangers from all around them, who could be Living within those "GLORIOUS Swanky Hotels Castles and Fortresses " (Beautiful Planned City States for WISE Intelligent Well-Educated People with Common Sense and Good Understanding ) However, no such Things are Advertised on TV every 10 Minutes, much less Discussed by the United States Congress, which is just a Part of the Military Industrial Red Jew Media Bankers' COMPLEX, which is Designed to make Red Jews and their Lovers much Richer, while making the Masses of People much Poorer: because those Rich People Need X-amount of SLAVES - as in Work Slaves, Tax Slaves, Interest Slaves, Insurance Slaves, Drug Slaves, Sex Slaves, Childcare Slaves, Debt Slaves, and General SLAVES, who are Constantly Reminded that they are "the freest people on the earth," in spite of being nothing but SLAVES, even as this Inspired Book Proves beyond any Shadow of a Doubt, while also Explaining HOW those Slaves can be LIBERATED Yes, that is the Good News that we have all been Patiently Waiting for However, the Slave Masters have done their Utmost Best to make SURE that their Slaves are NOT Liberated, and that they are Fully Persuaded that Capitalism is the Best Economic System in the World, whereby, if one should get a so-called "Good Education," work hard, save their money, and play by the Capitalist Rules, one can also get RICH However, it is only a Great Deception: because less than one in a Million People in this World of Woes Manage to get Rich, while the Remaining People go on Suffering. Moreover, even those so-called "Rich People" are also Deprived of Fresh Clean Air, Pure Living Water, Wholesome Natural Foods, Natural Clothing, and Secure Houses in Secure Cities, which are Subject to being BOMBED at just any Time: beCause there is no RIGHTEOUS One-World Government, which might get RID of all such Abominations Nevertheless, our Elected King Explains HOW to Overthrow the Evil Empire, while Raising our Standard of Living by at least 10 Times, if anyone is Interested in it; and all Sane People should be Most Interested in it with a Capital M and I - as in ME, myself and I: beCause if we do not take Good Care of ourselves, WHO will?