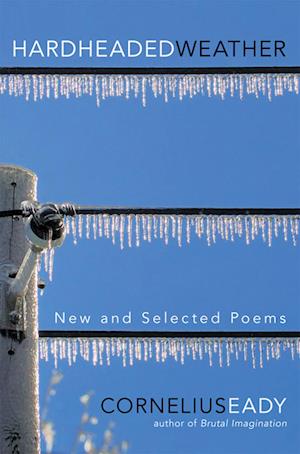 From Cornelius Eady, one of America's most engaging voices, comes an exciting collection of poetry that at once delineates the arc of the poet's universe and highlights the range of his considerable talents. Cornelius Eady's poems show him in full control of his considerable talents and displaying a rich maturity as he enters midlife. His poems are sly, unsentimental, and witty, full of truths that are intimate and profound. Hardheaded Weather ranges widely, reflecting the new found responsibilities Eady has assumed as he transitions from urban renter to nonplussed rural homeowner, as well as the sobering influence of war and the intimation of his own mortality. Yet even at his angriest, the poet has always had a depth of compassion rare in our polarized age, with a sense of humor that is both sophisticated and demotic. These poems will resonate deeply. As exciting as the new poems are, his selected earlier poems dazzle, too, as they demonstrate the arc of Cornelius Eady's maturation and the originality of his voice. Taken together, Hardheaded Weather forms a moving--and sometimes searing--testament to the power of poetry.