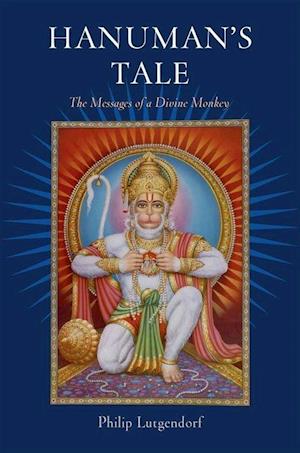 Hanuman, the Hindu monkey-god, is best known in the west for his role in the ancient epic Ramayana (he is also considered the tales first author), in which, as the devoted servant of Rama, the tales hero, he leads a ferocious monkey army to help defeat the evil Ravana and rescue Ramas wife Sita. But because he does not figure as prominently as others in the ancient Sanskrit texts that have traditionally been studied by western scholars, Hanuman has often beenrelegated to the status of minor deity. Philip Lutgendorf moves beyond these texts to examine Hindu popular literature, art, and ritual, and shows that Hanuman is perhaps the most beloved deity in the Hindu pantheon. Far from being a mere sidekick, Hanuman is worshipped widely in India and the diaspora,across lines of caste and sect. There are more temples devoted to Hanuman than to any other god or goddess, and there has even been something of a competition to erect the largest statue in his honor (the tallest so far, in Paritala, stands 135 feet high). Lutgendorf offers a comprehensive examination of this remarkable figure, exploring every facet of his legend. Drawing on an enormous treasure trove of previously untapped sources that he has gathered through years of fieldwork, as well as oninterviews with devotees, he traces the history of Hanumans character, teases out the many variations on his story, and examines the sources of his enormous appeal.