- Confession in the Middle Ages (2) 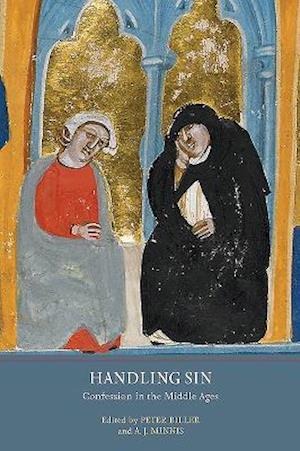 Penance, confession and their texts (penitential and confessors' manuals) are important topics for an understanding of the middle ages, in relation to a wide range of issues, from medieval social thought to Chaucer's background. These essays treat a variety of different aspects of the topic: subjects include the frequency and character of early medieval penance; the summae and manuals for confessors, and the ways in which these texts (written by males for males) constructed women as sexual in nature; William of Auvergne's remarkable writing on penance; and the relevance of confessors' manuals for demographic history. JOHN BALDWIN's major study "From the Ordeal to Confession", delivered as a Quodlibet lecture, traces the appearance in French romances of the themes of a penitent's contrition, the priest's job in listening, and the application of the spiritual conseil and penitence. PETER BILLER is Professor of Medieval History at the University of York; A.J. MINNIS is Douglas Tracy Smith Professor of English, Yale University. Contributors: PETER BILLER, ROB MEENS, ALEXANDER MURRAY, JACQUELINE MURRAY, LESLEY SMITH, MICHAEL HAREN, JOHN BALDWIN