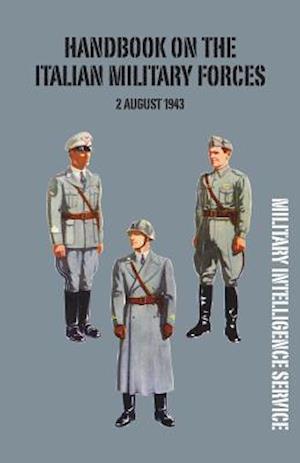 This handbook was published to give U.S. military personnel a better understanding of the principal characteristics, and is dated 2 August 1943, about five weeks before the Italian surrender. It begins with a description of distinctive branches, or specialities, the most characteristic of which was the arm of the Royal Carabinieri, a semi-military body occupying, historically, the senior position in the Army. Other specialities included the Grenadiers of Sardinia, the Bersaglieri, the Alpini and the San Marco Marine Regiment, the equivalent to the US Marine Corps. The handbook then goes on to show, in order, the organisation of Command and Staff, of formations (corps and divisions) and of the arms and services; services, supply and transportation; ranks, uniforms, insignia, medals and decorations; armament and equipment and a chapter on the Air Force, There are chapters on tactical doctrine and principles of employment, on permanent fortifications, camouflage and abbreviations. Finally there is a brief index.