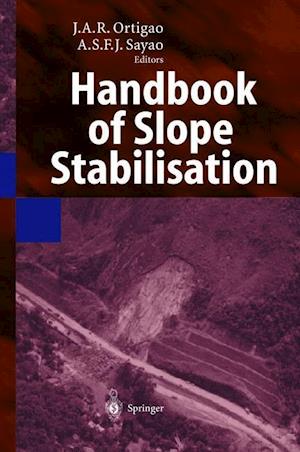 This book is aimed at the practising engineer and engineering geologist working in tropical environments, where lands lides are mainly triggered by rain fall. This book is based on a similar work published in 1999 in Portuguese, which became the Rio de Janeiro Slope Manual. This book is an engineering guide for the design of slopes and stabilisation works in rocks and residual soils. It evolves from the cumulative experience gathered by several engineers and geologists who faced severe slope problems. The authors' experience throughout Central and South America (Costa Rica, Argentina, Bolivia, Peru, Ecuador and Venezuela) and the Far East, especially Hong Kong and Malaysia, was used as a foundation for writing this book. The work also benefits enormously from the time spent in Hong Kong in 1996 and 1997 by the first editor on sabbatical at the City University of Hong Kong, and the discussions he had with many colleagues from the Geotechnical Engineering Office (GEO) of the Hong Kong Government, especially Dr. A. Malone, Mr. w.K. Pun, Dr. A. Li, Mr. K. Ho, and Mr. y.c. Chan among others.