indgår i serie Correlates of War 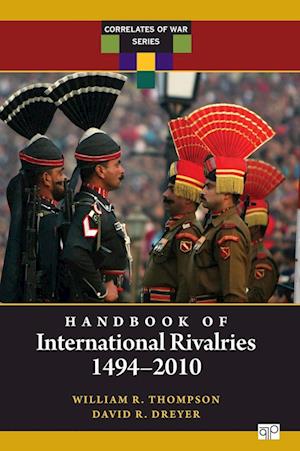 Several dramatic changes in international relations at the end of the 20th century seemed to suggest that rivalries (and the conflicts that often result) between states were receding. The Soviet-American Cold War ended, but the Indo-Pakistani feud refuses to go away. Argentina and Britain seem most unlikely to fight again over the Falklands, but North and South Korea persist in maintaining their hostile divided status. The question remains therefore-is conflict increasing or decreasing? To answer that question, it is important to first understand how the rivalry processes-and therefore the genesis of conflict-work.Handbook to International Rivalries examines the roughly 200 strategic rivalries-two states that view each other as threatening competitors to the point that they categorize their antagonists as enemies-that have been responsible for nearly 80 percent of the warfare of the past two hundred years. After a preface from J. David Singer, the founder of The Correlates of War Project, this reference delves into standardized narratives of the rivalries that include discussions of their origins, the levels of conflict achieved and the resolutions. Handbook to International Rivalries also includes a comprehensive bibliography and a chronological listing of rivalries by region, time and type.