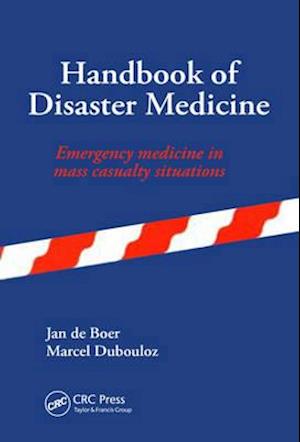 Technological development has not only provided mankind with more prosperity, but with increased destructive power as well. These developments, combined with an explosive growth of the world population, have led to mass casualty situations, varying from traffic accidents to war. In the 20th Century over 200 million people were killed as a result of man-made disasters --- a figure unequalled in the history of mankind. It is not surprising, therefore, that a new medical discipline has emerged: disaster medicine. The realization that disasters have effects which cross the traditional boundaries of medical specialisms and nationality, led to the foundation of the International Society of Disaster Medicine (ISDM), which issued an international curriculum on education and training in disaster medicine. As a logical consequence the ISDM decided to develop its curriculum into a handbook, now available to the global community of disaster medicine specialists. This Handbook of Disaster Medicine contains contributions from international experts in the field and will be of value and interest to a wide variety of professionals in the discipline of disaster medicine and management. Co-published with Van der Wees Uitgeverij, Utrecht, The Netherlands