Handbook of Aging and Mental Health

indgår i serie The Springer Series in Adult Development and Aging 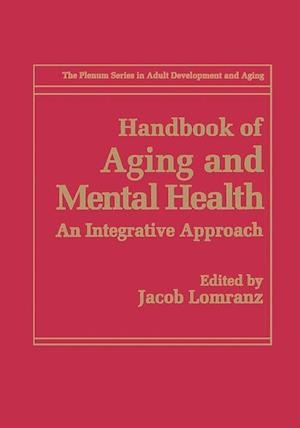 De cibo quod superest nobis sufficit; oportet gratias agere. Some elders have accepted this proposition, although seldom with enthu- siasm. Gerontologists also have been burdened with the adage: "Leftovers are good enough for us, and we should be grateful for them." I remember how a clerk tried to palm off astale and cheap cigar to her octogenarian customer. He knew better and carne away with a far superior smoke. The clerk fumed, "What does he need a good cigar for? Who is he to be particular!" In this and in many other ways, elders often have labored under the sociocultural expectation that they should be well content with whatever scraps and shmattes happen to come their way. Gerontologists can identify with this situation. The systematic study of aging and the aged was a new enterprise at the midpoint of this century, but the concepts and methods were pretty much limited to those already on hand. What biological and sociobehavioral scientists had been doing for years was simply extended to the newly annexed territory. This as not only a convenient but also a cost-effective strategy.Data accumulated more rapidly by remaining within familiar frarnes of reference and relying on farniliar designs and mea- sures. The new gerontologists soon harvested a promising crop of descriptive findings. Within a decade after the establishment of the Gerontological Society of America (1947), it was possible to discern the outlines of a valuable new field of knowledge.