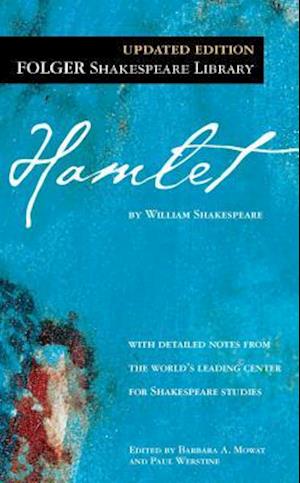 Hamlet is Shakespeare's most popular, and most puzzling, play. It follows the form of a "revenge tragedy," in which the hero, Hamlet, seeks vengeance against his father's murderer, his uncle Claudius, now the king of Denmark. Much of its fascination, however, lies in its uncertainties. Among them: What is the Ghost--Hamlet's father demanding justice, a tempting demon, an angelic messenger? Does Hamlet go mad, or merely pretend to? Once he is sure that Claudius is a murderer, why does he not act? Was his mother, Gertrude, unfaithful to her husband or complicit in his murder? The authoritative edition of Hamlet from The Folger Shakespeare Library, the trusted and widely used Shakespeare series for students and general readers, includes: -Freshly edited text based on the best early printed version of the play

-A key to the play's famous lines and phrases

-An introduction to reading Shakespeare's language

-An up-to-date annotated guide to further reading Essay by Michael Neill The Folger Shakespeare Library in Washington, DC, is home to the world's largest collection of Shakespeare's printed works, and a magnet for Shakespeare scholars from around the globe. In addition to exhibitions open to the public throughout the year, the Folger offers a full calendar of performances and programs. For more information, visit Folger.edu.