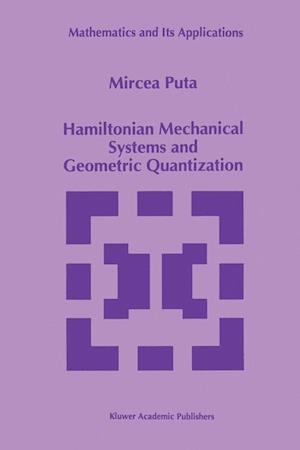 The book is a revised and updated version of the lectures given by the author at the University of Timi oara during the academic year 1990-1991. Its goal is to present in detail someold and new aspects ofthe geometry ofsymplectic and Poisson manifolds and to point out some of their applications in Hamiltonian mechanics and geometric quantization. The material is organized as follows. In Chapter 1 we collect some general facts about symplectic vector spaces, symplectic manifolds and symplectic reduction. Chapter 2 deals with the study ofHamiltonian mechanics. We present here the gen- eral theory ofHamiltonian mechanicalsystems, the theory ofthe corresponding Pois- son bracket and also some examples ofinfinite-dimensional Hamiltonian mechanical systems. Chapter 3 starts with some standard facts concerning the theory of Lie groups and Lie algebras and then continues with the theory ofmomentum mappings and the Marsden-Weinstein reduction. The theory of Hamilton-Poisson mechan- ical systems makes the object of Chapter 4. Chapter 5 js dedicated to the study of the stability of the equilibrium solutions of the Hamiltonian and the Hamilton- Poisson mechanical systems.We present here some of the remarcable results due to Holm, Marsden, Ra~iu and Weinstein. Next, Chapter 6 and 7 are devoted to the theory of geometric quantization where we try to solve, in a geometrical way, the so called Dirac problem from quantum mechanics. We follow here the construc- tion given by Kostant and Souriau around 1964.