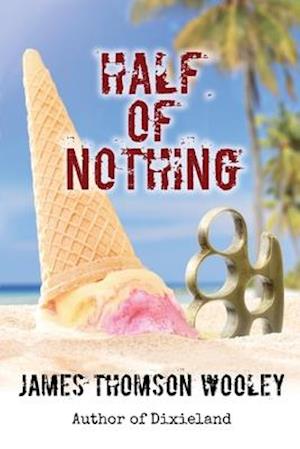 In the 1970's, Sam Stratton was considered an up-and-coming actor, an actor's-actor, a promising young talent until a nasty contract dispute knee-capped his career. Now, he has a chance, maybe his last chance, to revive his stalled, defunct, movie career. All he needs to do is land a juicy role in a new project which has Tinseltown buzzing like a nest of mad hornets; adjectives like Oscar-worthy and groundbreaking being tossed around to describe it. In a town without rules, Sam is sick and tired of playing by the rules. This time, he likes his chances and has an inside track, an ace in-the-hole in the form of an old friend, who just happens to be a high-profile Hollywood producer; talent and marketability won't be the sole criteria. However, after a cascading avalanche of chaotic events deep-six his plans, he suddenly finds himself in a new role---a fugitive on the run from a notorious crime boss. It's a romp stretching from the Caribbean, to Las Vegas, to Balmy Springs, a small town on the Florida panhandle, a place before, Hollywood; a place he once called home. While hiding-out, he reconnects with his past and discovers, first-hand, that truth really is stranger than fiction and life is one, long, movie with lots of bad acting, no script, no dress rehearsals, no stuntmen and contrary to that famous adage, Sam finds that he can go home, again . . . He just hopes nobody recognizes him.