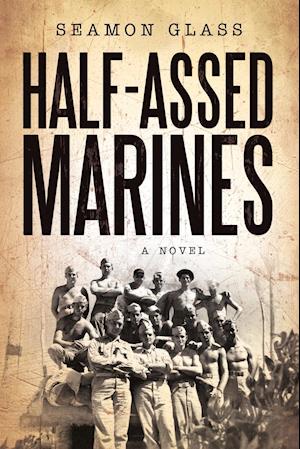 Half-Assed Marines by novelist Seamon Glass follows World War II, teen-Marine Sherman Glossman as he tries to play his patriotic duty to fight fascism and battle against the Japanese Empire's incursions into the Pacific theatre. Anxious to see action, Sherman and his unit of like-minded, young warriors find that getting into the war is harder than they thought as they face trials, tribulations, unwarlike adventures, and their share of romance everywhere but on the battlefield. Moving from island to island, and adventure to adventure, Sherman and his cohorts come of age during one of the pivotal wars of the millennium, and despite their frustration at not being on the front lines, they are all changed forever being part of this unlikely band of brothers. Written in masterful and engrossing prose, author Glass captures the zeitgeist of an era, and has written a coming-of-age, war epic that ranks with the best in the genre. Filled with rich settings, multi-dimensional characters, and action-packed subplots, Half-Assed Marines will be sure to please military fiction buffs and anyone who just loves a great story well told.