Hakibbutz Ha'artzi, Mapam, and the Demise of the Israeli Labor Movement 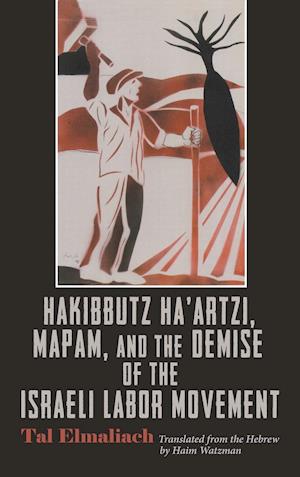 Israel's 1977 political election resulted in a dramatic defeat for the ruling Labor movement, which had enjoyed more than four decades of economic, political, and cultural dominance. The government passed into the hands of the rightwing nationalist movement, marking a tumultuous episode in the history of both Israel and Jewish people at the start of the twenty-first century. Elmaliach chronicles the fascinating story of Israel's political transformation between the 1950s and the 1970s, exploring the roots of the Labor movement's historic collapse.

Elmaliach focuses on Mapam and its allied Kibbutz movement, Hakibbutz Ha'artzi, a segment of the Israeli Labor movement that was most committed to the synthesis of socialism and Zionism. Although Mapam and Hakibbutz Ha'artzi were not the largest factions in the Israeli Labor movement, their ability to combine an economic organization, a political party, and cultural institutions gave them a strong foundation on which to build their power. Conversely, the Labor movement's crisis was, in large part, due to the economic upward mobility of the middle class, the emergence of new political orientations among supporters of the working-class parties, and the rise of cultural protests, which opposed the traditional workers' parties. Offering an innovative analysis, Elmaliach argues that, ultimately, the sources of the Labor movement's strength were also the causes of its weakness.