Hadrian's Wall From The Air 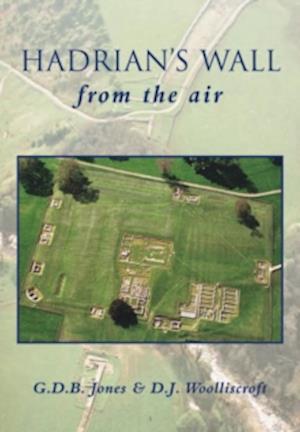 Hadrian's Wall is Britain's premier and most visited Roman monument, and is now recognised as a World Heritage site. The archaeological remains are the best preserved and most intensely studied of their kind anywhere, and much has been written at academic and popular levels. Until now, however, there has not been a book on the substantial contribution made by aerial photography. The late Professor Jones spent 20 years taking aerial photographs of Hadrian's Wall. Not only do they illustrate the history, development, topography and surviving remains of the Wall (both the military works and the remains of civilian occupation), but they give an entirely new perspective that cannot be appreciated at ground level. In chapters on the Stanegate frontier, the history and development of Hadrian's Wall itself, the outposts and coastal defences, and an appendix detailing the anatomy of a Roman fort, along with a bibliography containing useful websites, the authors show a far more complex and fascinating history than has been traditionally envisaged - illuminated by over 120 superb photographs and maps, many in full colour.