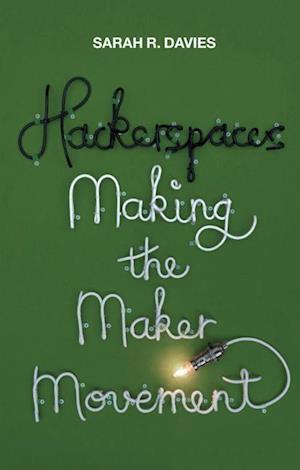 A new industrial revolution. The age of making. From bits to atoms. Many people are excited by the possibilities offered by new fabrication technologies like 3D printers, and the way in which they are being used in hacker and makerspaces. But why is the power of hacking and making an idea whose time has come? Hackerspaces: Making the Maker Movement takes the rise of the maker movement as its starting point. Hacker and makerspaces, fab labs, and DIY bio spaces are emerging all over the world. Based on a study of hacker and makerspaces across the US, the book explores cultures of hacking and making in the context of wider social changes, arguing that excitement about the maker movement is not just about the availability of new technologies, but the kinds of citizens we are expected to be.