indgår i serie Trends in Linguistics Studies and Monographs TiLSM 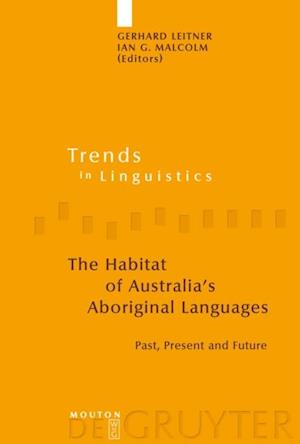 The languages of Aboriginal Australians have attracted a considerable amount of interest among scholars from such diverse fields as linguistics, political studies, archaeology or social history. As a result, there is a large number of studies on a variety of issues to do with Aboriginal Australian languages and the social contexts in which they are used. There is, however, no integrative reader that is easily accessible to the non-specialist in any of the areas concerned. The collection edited by Leitner and Malcolm fills this gap. Looking at Aborigines and Torres Strait Islanders and their changing habitats from pre-colonial times to the present, the book covers languages from a structural and functional linguistic perspective, moves on to the issue of cultural maintenance and then turns to language policy, planning and the educational and legal dimensions. Among the many themes discussed are: the social and linguistic history of language contact after 1788 (including the Macassans); the demographic base of indigenous languages; traditional indigenous languages; results of language contact such as the modification of traditional languages and the rise of contact languages (pidgins, creoles, esp. Kriol, Torres Strait Creole, and Aboriginal English); the impact of the Aboriginal languages on mainstream Australian English; maintenance, shift, revival and documentation of indigenous and contact languages; language planning; language in education; language in the media; language in the law courts. The contributors are leading experts in their fields. The book can serve as a reader for university courses but also as a state-of-the-art work and resource for specialists like applied linguists or educational planners.