Gypsy Boy on the Run 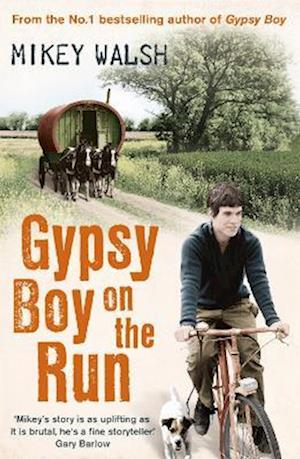 The incredible sequel to GYPSY BOYGYPSY BOY: ON THE RUN picks up from where GYPSY BOY left off, and tells the gripping, page-turning story of Mikey's battle to escape the Romany gypsy camp he grew up on.After centuries of persecution Gypsies are wary of outsiders and if you choose to leave, you can never come back. Torn between his family and his heart, Mikey struggles to come to terms with his ancient inheritance and dreams of finding a place where he can really belong.He eventually finds the courage to run away from the camp and from all he knows, and quickly discovers life on the outside world isn't all he expected. After learning his father had put a contract out on his life and that he was now being hunted down by gangs of gypsy thugs determined to claim their reward, Mikey realises that his life will never be the same again.ON THE RUN is a coming-of-age story that sees Mikey come to terms with his sexuality and his past and start to build a new life for himself and find a place to finally call home.

Forfattere
Bibliotekernes beskrivelse The follow-up to the Number 1 bestseller, GYPSY BOY. None