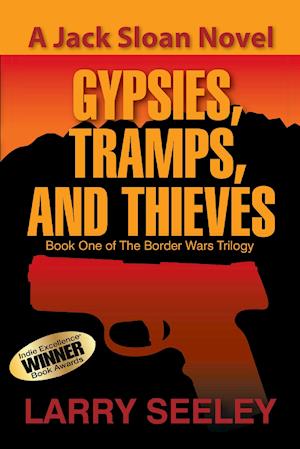 The Sangre de Cristo Mountains, The Blood of Christ, provide the backdrop for Gypsies, Tramps, and Thieves, a tale of murder, revenge and redemption. Jack Sloan, businessman, gambler, casino operator, and tough guy is trapped by two con artists and kills them to escape. Three years later, he's built a new life with his new love, Darlene, but knows payback is on the way. It comes in the shape of two hard cases bent on avenging their partners' deaths. The beautiful Mattie is the brains behind the crew, while Irvine, a psychotic who wields a knife, plays her main muscle.The two track down Jack and plot their attack. Jack and his enemies weigh the risks of confrontation and then prepare for the battle of their lives. But no matter how carefully they plan, it's still a crapshoot, and the outcome is in doubt until the end.'May you wander over the face of the earth forever.' - Traditional Gypsy Curse