Gunshots at the Fiesta: Literature and Politics in Latin America 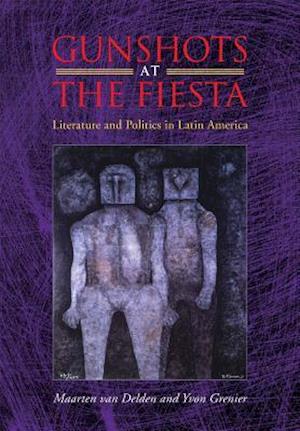 The product of a unique collaboration between a literary critic (Van Delden) and a political scientist (Grenier), this book looks at the relationship between literature and politics in Latin America, a region where these two domains exist in closer proximity than perhaps anywhere else in the Western world. The apparently seamless blending of literature and politics is reflected in the explicitly political content of much of the continent's writing, as well as in the highly visible political roles played by many Latin American intellectuals.

Yet the authors of this book argue that the relationship between the two realms is much more complex and fraught with tension than is nowadays recognized. In examining these tensions, and in revealing the diverse ways in which literature and politics intersect in the Latin American cultural tradition, Gunshots at the Fiesta offers a lively challenge to the current tendency--especially strong in the U.S. academy--to read Latin American literature through a narrowly political prism.

The authors argue that one can only understand the nature of the dialogue between literature and politics if one begins by recognizing the different logics that operate in these different domains. Using this idea of the different logics of politics and literature as a guiding thread, Van Delden and Grenier offer bold new readings of major authors such as José Martí, Octavio Paz, Carlos Fuentes, Gabriel García Márquez, and Mario Vargas Llosa, as well as compelling interpretations of works by less-frequently-discussed figures such as Claribel Alegría, Marisol Martín del Campo and Víctor Hugo Rascón Banda.