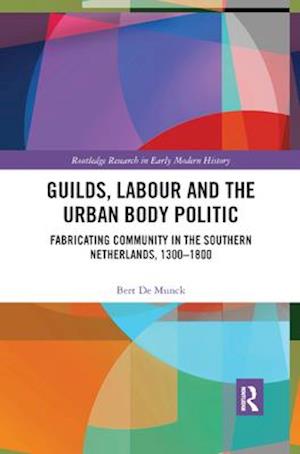 This book presents a new view on the relation between labour and community through a focus on craft guilds. In the Southern Netherlands, occupational guilds were both powerful and governed by manufacturing masters, enabling the latter to imprint their mark upon urban society in an economic, socio-cultural and political way. While the urban community was deeply indebted to a corporative spirit and guild ethic originating in medieval Germanic and Christian traditions, guild-based artisans succeeded in being accepted as genuine political (and, hence, rational) actors - their political identity and agency being based upon their skills and trustworthiness.In the long run, this corporative spirit and power inexorably waned. Yet this book shows that an adequate understanding of the development of European modernity - i.e., proletarianisation and the emergence of a modern economy and modern economic and political thinking - requires taking seriously the ruins upon which it is build. These histories can actually be recounted as purifications of sorts, in which the economic was separated from the political, the individual from the social, and the transcendent from the material. While the religiously inspired corporative nature of the urban body politic waned, the urban artisans lost their credibility as political (and rational) actors.