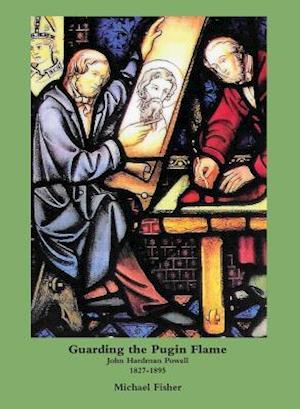 When the premature death of A.W.N. Pugin (1812-1852) created a huge vacuum in the realm of Gothic-revival art and design, this was more than adequately filled by John Hardman Powell (1827-1895). Tutored personally - and uniquely - by Pugin, Powell now stepped into his master's shoes as chief designer for the Birmingham firm of John Hardman & Co. who manufactured metalwork, stained glass, and other furnishings for Pugin and for architects influenced by him. More than that, Powell was married to Pugin's eldest daughter, Anne (1832-1897) who bore him twelve children. Though rigorously trained by Pugin, Powell had a free-spirited artistic temperament, which, imbued with Pugin's 'True Principles' of medieval art and design, led him to apply them in innovative and imaginative ways. Researched from newly-discovered original sources, this book examines Powell's rich legacy of stained glass and metalwork which is still to be enjoyed in cathedrals, churches and great houses across the United Kingdom and overseas, and the ideas which shaped it. Powell's loyalty to his late Master extended to the younger members of Pugin's family, including the love-lorn Agnes and the hot-tempered Edward, and also to Pugin's widow Jane, whose social pretensions he mercilessly lampooned. Through his encouragement of artistic talent within his own family, his training of Hardman apprentices, his evening lectures in Birmingham, and his written tributes to his late Master, Powell ensured that the Pugin flame would continue to burn brightly well into the twentieth century.