Guardian of the Pharaoh 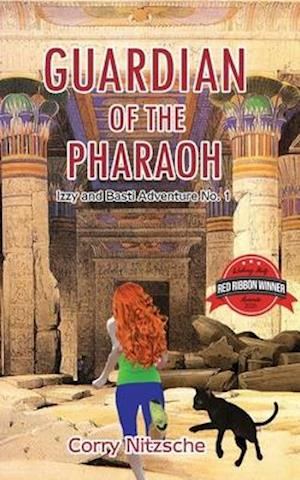 An action-packed novel for children set in Glasgow and Egypt, both Ancient and Modern, written for ages 9-14, but enjoyed by adults - with or without a receptive audience. The first in a series of five, Guardian of the Pharaoh features a feisty teenage heroine, a magical talking cat with her own feline minder, the ghost of Tutankhamun, the Gods of Ancient Egypt, an eccentric Egyptologist Aunt, a host of engaging characters, and, of course, the obligatory villain. It's a fantastic rollicking sci-fi adventure for kids - and they get to learn some history too!

Thirteen-year-old Izzy is sent to stay with her eccentric Aunt Harriet, in Scotland, but her fears of a boring time, far from her friends, disappear when she is given a rescue-cat to cheer her up. Basti, her new black cat, is blind, bossy, and far from ordinary - not quite the sweet little kitten Izzy was expecting. Izzy soon discovers that, if, unwittingly you adopt a magical, time-travelling, very opinionated, black cat, things soon start to happen - very odd things too!

To Izzy's surprise, the cat can talk, and even more surprisingly, the cat claims she is the Guardian of the long-dead Pharaoh, Tutankhamun, who is suddenly in grave danger. Izzy agrees to help the cat rescue the Pharaoh, and is immediately somersaulted into time-travel and the Land of Ancient Egypt, and a world of intrigue and mystery, in the here and now, with hieroglyphic puzzles, secret lost keys, encounters with Ancient Egyptian Gods and Goddesses, and, when called for, a well-timed rugby tackle. Together, Izzy and her cat, Basti, confront dangers and overcome obstacles, always barely one step ahead of their enemy - but will they win through, will they be in time to save the Pharaoh?